Nick Buckwell, originally from Kannapolis, North Carolina, graduated in 2013 with a B.S. in history secondary education and a minor in English.

“I taught in Kannapolis at A.L. Brown for three years before moving to Colorado to teach there and gain new experiences,” said Buckwell. “I am excited to be back there starting this school year!”

“Appalachian is founded on the teaching career and pathway, and I wanted to follow in the footsteps of some of the greatest educators in the history of North Carolina,” said Buckwell.

Impacting Education in His Community

Buckwell is making an impact on education in his community.

“I constantly try to create opportunities for my kids inside and out of the classroom to better themselves as individuals and learners,” said Buckwell. “I also push for empowerment within my students to make sure they know their voice is powerfully important.”

Buckwell comes from a family of educators and Appalachian graduates. His father, Chip Buckwell ‘81 and ‘83, was named Regional Superintendent of Year this year and was inducted into the Rhododendron Society last year.

“My father was my middle school principal, and my mother worked as the drop-out prevention coordinator at my high school,” said Buckwell. 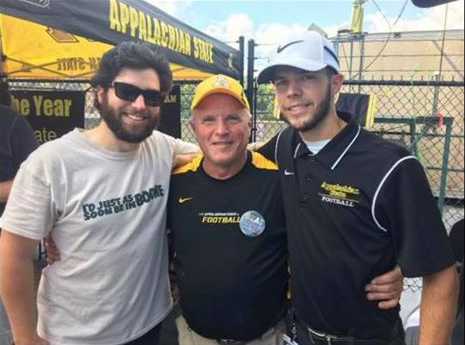 When asked why Appalachian, Buckwell noted his father’s love for Boone and Appalachian were instilled with him from a very young age.

“From Tweetsie, to App Ski Mountain to Woodlands to the old red toy shoppe on 321 to football games in the snow, it was impossible for me not to be hooked,” said Buckwell. “When I was accepted, I disregarded my other in-state schools and set my sights on the hometown feel App had always given me.”

“Appalachian is founded on the teaching career and pathway, and I wanted to follow in the footsteps of some of the greatest educators in the history of North Carolina,” said Buckwell. 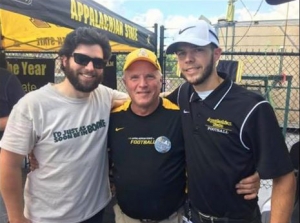 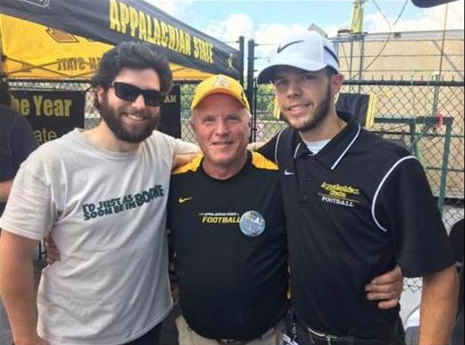