Members of the Gay And Progressive Pedagogy club #firstteach activism through inclusive education.

“First and foremost, the Gay And Progressive Pedagogy (GAPP) club wants to be inclusive,” said club co-founder and past president, Logan Land.

“First and foremost, the Gay And Progressive Pedagogy (GAPP) club wants to be inclusive.”

Land is a senior English secondary education major and an English accelerated admission student as well as a member of the Appalachian Community of Education Scholars (ACES) program. Land uses they/them/theirs gender pronouns.

According to Land, they attended private schools where it was not acceptable to be an LGBTQIA+ student or educator. It was not until college that Land experienced an atmosphere of greater acceptance.

Thomas-Reid is an Assistant Professor of Educational Foundations in the Department of Leadership and Educational Studies in Appalachian State University’s Reich College of Education (RCOE).

According to Appalachian’s Undergraduate Bulletin, the course, which is required for all education majors:

Helps students inquire into and voice understandings of the varied ways that social, cultural, and political issues impact teaching and learning, especially the intersections of race, class, gender, sexuality and religion.

GAPP’s founding members and Thomas-Reid saw a need for inclusive spaces in the RCOE for both LGBTQIA+ identities and all marginalized identities, because “if it’s not intersectional, it’s not activism!”

Land shared, “Matthew worked equally with us to collaborate in the creation of this club. He was there from the first hints that we needed inclusive spaces in the college and has continued to further community-building within and outside of the club.”

Together, Thomas-Reid and the students began discussing what a club would look like in November 2016. He also agreed to serve as faculty advisor. GAPP debuted in January 2017 at the RCOE’s Teaching Justice, Teaching Love event.

Teaching Justice, Teaching Love was held in the RCOE Rotunda on Thursday, January 26, 2017. The event, which included an information fair and break out sessions, focused on how educators can confront injustice and inequity with creativity, knowledge, and experience.

GAPP participated in the information fair, talking with interested students, staff and faculty members across the university. Approximately 70 individuals signed up to receive information.

“We were not expecting such a large interaction with faculty and students in the RCOE,” said Land.

They added that it was heartening to see that so many people are interested. “This demonstrates that issues of discrimination and marginalization are not limited to certain groups,” said Land.

"Issues of discrimination and marginalization are not limited to certain groups."

Land shared that they have seen a greater push to be inclusive for marginalized students in the classroom. They believes this can lead to more acceptance for marginalized teachers and the establishment of community support systems.

Because these issues affect both teachers and students in the classroom, GAPP adopted the motto “activism through education.”

GAPP met biweekly during the 2017 spring semester. In addition to providing a space to openly discuss gender, sexuality, privilege, race, class, etc. and how they relate to educators and the space within the classroom, the club has welcomed guest speakers and screened and discussed relevant films. 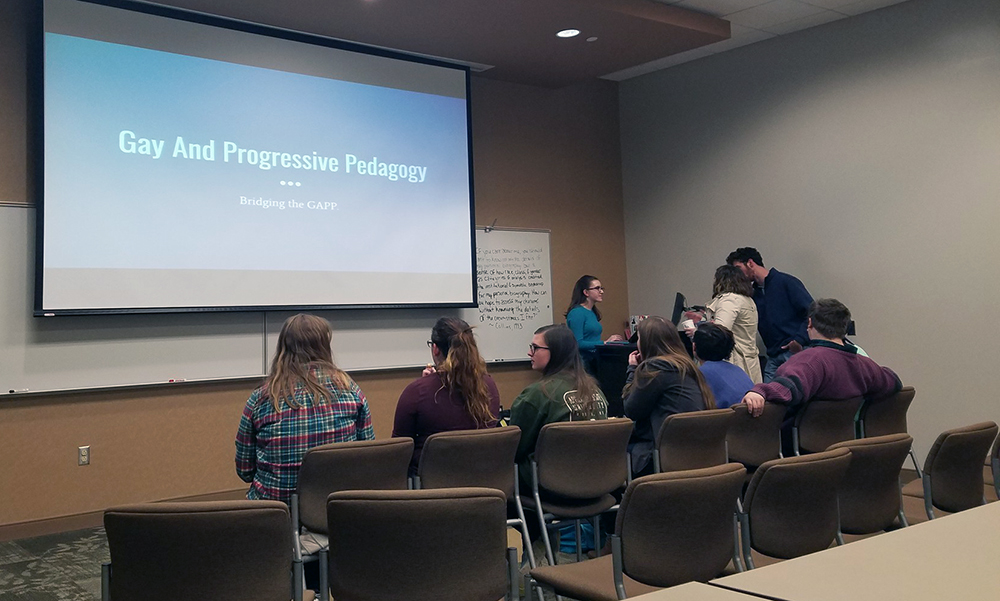 This coming year, Land shared that GAPP plans to work to develop and provide materials for inclusive curriculums, possibly beginning with history and English, because it is critical to “demonstrate to all students that their existence is valid.”

The club will continue to meet regularly next year (schedule TBD) in the RCOE’s James Center for Student Success and Advising. GAPP also has a new administration: Jenna Steele (biology secondary education) will serve as president and Alex Carpenter (special education) will serve as vice president. Thomas-Reid will continue to serve as faculty advisor. GAPP is open to all, regardless of major or identity.

About Gay And Progressive Pedagogy (GAPP)

The purpose of Gay And Progressive Pedagogy (GAPP) is to provide a space in which issues and differences relating to gender, sexuality, privilege, race, class, etc. can be discussed as to how they relate to educators and the space within the classroom. GAPP will facilitate open dialogue around such topics. There will be a focus on supporting fellow “future progressive educators” as well as forming a picture of LGBTQIA+ activist teaching, through community, with the core mission of inclusivity and support for all students and educators. Learn more and get connected through GAPP’s Facebook page: www.facebook.com/gappclub 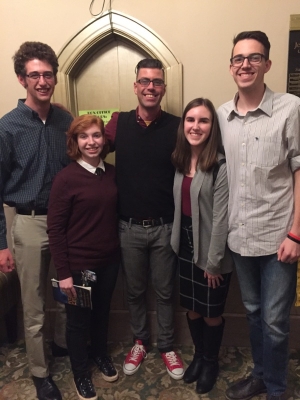 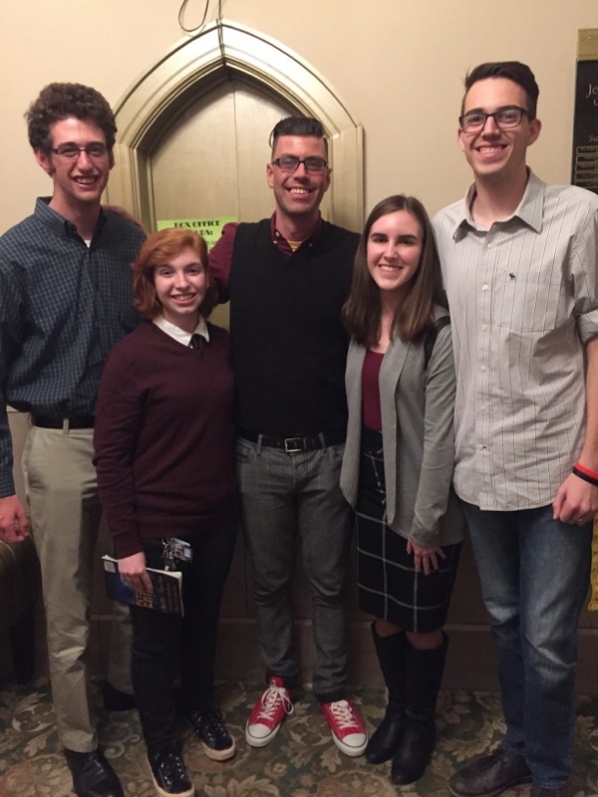