The fourth annual Women in Educational Leadership Symposium (WIELS) will be held on the campus of Appalachian State University, Friday, October 4 and Saturday, October 5, 2019.

WIELS is a partnership between faculty members in RCOE's Department of Leadership and Educational Studies and practicing educators. The partnership aims to equip women with pragmatic knowledge, skills, and dispositions that prepare them for success as educational leaders.

The symposium theme is Advancing the Leader Within: Building Capacity. Participants will:

Cost for the conference includes a reception on Friday night, as well as breakfast, lunch, and breaks on Saturday.

About the Keynote Speakers 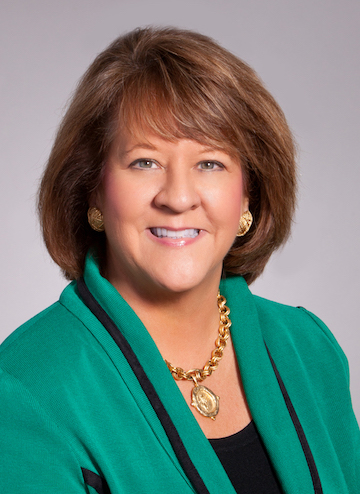 Dr. Jo Allen, ‘80, is the eighth president of Meredith College, a top-tier nationally ranked institution and one of the largest private colleges for women in the US. She is the first alumna to lead the 128-year-old institution.

President Allen led a collaborative, community-wide process to develop a comprehensive strategic plan, Meredith Forever. In the seven years of the plan’s implementation, Meredith has exceeded enrollment and retention goals; raised more than $90 million in its largest fundraising campaign ever; earned the highest rating from the U.S. Department of Education for financial stability; enhanced its bond rating from Standard and Poor’s; launched the Going Strong brand; established StrongPoints® (the College’s signature coaching and personal advising program); and completed significant renovations on buildings and infrastructure across campus.

Dr. Allen earned her B.A. from Meredith, her M.A. from East Carolina University, and her Ph.D. from Oklahoma State University. She served as tenured associate professor of English and as administrator at ECU and at NC State University. Before her return to her alma mater, Allen served as senior vice president and provost, and tenured professor of English, at Widener University, where she oversaw academic and student affairs among eight colleges and schools on four campuses in two states.

She has been the featured speaker and has published and presented in hundreds of regional, national, and international scholarly venues.  She has written and edited several books, including one that has won two national awards.

She has been recognized by Meredith College as a Distinguished Alumna and as an Outstanding Woman of ECU.

In service to higher education and her community, Dr. Allen currently serves as Chair of the Board of the National Association of Independent Colleges and Universities (NAICU) and as former Chair of its Accountability Committee and its Administration Committee; as Treasurer of the North Carolina Independent Colleges and Universities (NCICU); as a board member of the USA South Athletic Conference; and on the Presidents’ Council of the Cooperating Raleigh Colleges. She has formerly served as an Executive Board member of the Association of American Colleges of Teacher Education; as a member of SACSCOC’s board of directors, as a member of the Executive Board of the North Carolina Campus Compact; and as a member of the Board of Advisors and Board of Directors of the Raleigh Chamber of Commerce. She is a former Commissioner of the Middle States Commission on Higher Education and past president of the Association of Teachers of Technical Writing. 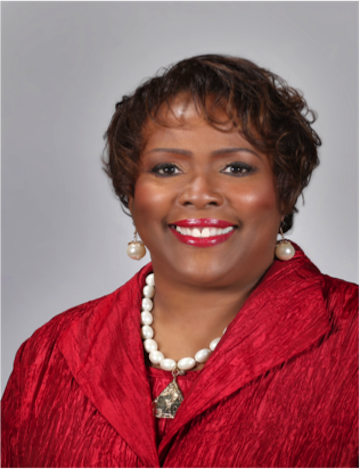 Dr. Patricia “Trish” Rhyne Johnson, retired in June 2018 after 39 years of service to the students, families and employees of North Carolina Public Schools. Trish has served schools as an English teacher, Speech and Language Pathologist, Assistant Principal, Principal and Associate Superintendent.  In 1994 she was appointed principal in Catawba County Schools, becoming the first African American female principal to serve the school district after desegregation and school system consolidation. Most recently she served as Associate Superintendent of the Caldwell County School district from January 2000 until her retirement. Caldwell County Schools, the largest employer in Caldwell County, thrived under the leadership of Dr. Johnson. Her primary responsibilities were supervision and management of the district’s Human Resource Services department, which included the areas of employee recruitment, the Beginning Teacher Support Program, Teacher Licensure, employee benefits and resources, teacher and administrator training, student teacher placement, employee recognition programs and substitute teacher recruitment and training.

Often identified as an advocate and promoter of justice and equality for ALL, Trish is laser focused on the underserved, under-recognized and disenfranchised. She has a special interest in mentoring women of color who aspire to leadership positions within public school districts.  No longer concerned with cracking the “good ole boy code of membership”, she seeks ways to help women construct their own “clubs” and systems of support. Described as an inspiring, common-sense approach, motivational presenter and speaker, Trish has retirement plans to launch a leadership development consulting service.

Recognizing that to whom much is given, much more is required, Trish is an active member in her community.  She serves as Superintendent of her church Sunday School, is a Sunday School Teacher, and a member of the Women’s Ministry.  An active member of Delta Sigma Theta Sorority Incorporated for more 43 years, she is a charter member of the Hickory Alumnae Chapter of Delta Sigma Theta.  She is also a member of the Piedmont Chapter of The Links Incorporated, a Commissioner for the Hickory Affordable Housing (formally Hickory Public Housing) Board of Directors and a member of the Girl Scouts Piedmont 2 Peaks Board of Directors. 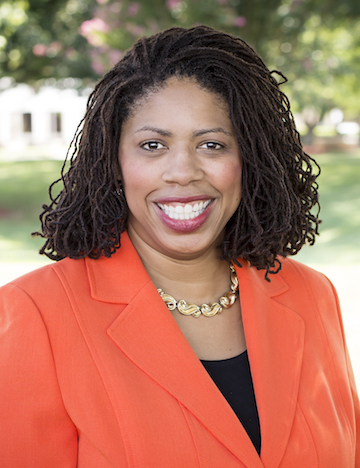 She has traveled to 29 countries, first as the child of a military officer, then as a study abroad participant, and most recently as a professional looking at migration patterns and apprenticeship programs in Mexico and Germany respectively.

Senegal served as dean of Career and Technical Programs, Assistant to the President for Hispanic Community Outreach and enjoyed teaching at Durham Technical Community College (DTCC).

Prior to becoming a community college professional, she worked as the information technology training manager at Glenayre and change management analyst at Anderson Consulting.

Senegal also brings extensive community involvement to her position, including current service on the Economic Development Commissions for both Person County and Caswell County, the Person Memorial Hospital Board, and Foreign Trade Zone #93 Board. She has previously served on the boards of the Ronald McDonald House of Durham, the Dispute Settlement Center of Carrboro, the Charlotte Sister Cities Board and was a founding member of the Charlotte Dress for Success chapter.

Senegal is the author of Self-Care Strategies for Women, to be released this fall.